Riot Games Teams Up with AWS to Reimagine Esports

Riot Games and Amazon Web Services (AWS) have teamed up to transform how Riot’s esports content is created and distributed in the cloud. Riot is the first company to use AWS’s data analytics integration for esports broadcasts to reimagine how fans experience League of Legends (LoL), VALORANT, and League of Legends: Wild Rift events. As part of this global collaboration, Riot has selected AWS as its official Cloud Artificial Intelligence (AI), Cloud Machine Learning (ML), Cloud Deep Learning (DL), and Cloud Services provider.

“Riot Games has a long-term vision to bring joy to billions of fans around the world through our esports, and we’re extremely excited to work with AWS to level up the Riot Esports experience,” said John Needham, president of esports at Riot Games. “The wide-ranging solutions and expertise of AWS will enhance Riot Games’ esports broadcasts and engage esports fans worldwide. From reimagining how fans view our events and content to interacting with other players, AWS unlocks endless opportunities for Riot to shape the future of sport.” 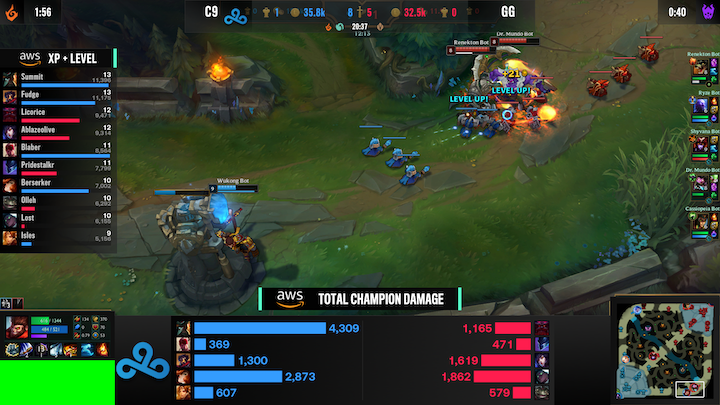 Riot currently leverages AWS services across its games to reinvent how they design and deploy content to help provide players the best possible game experience. Now, Riot is working with AWS to enhance its global esports event broadcasts throughout each competitive season for LoL Esports, the VALORANT Champions Tour (VCT), and Wild Rift Esports. Similar to the in-depth statistics provided to major global sports leagues, Riot will use AWS’s broad portfolio of cloud capabilities to provide fans with the following new insights and experiences:

Power Rankings and/or Pick’em will be a featured project this fall during a hackathon event hosted by Riot and AWS where fan-created teams will build systems that could be adopted by each sport. Riot and AWS will co-develop an initial build of the platform and then provide participants with capabilities from AWS and data from Riot to build out and optimize the solution to power the esports statistics.

Riot and AWS share a vision of bringing esports to fans no matter where they live, how they watch, or what language they speak. To achieve this, Riot is introducing Project Stryker, a series of cloud-first remote broadcast centers (RBC) that leverage AWS technologies. These facilities will support Riot’s current and future ambitions to reimagine the entertainment experience across numerous areas in addition to esports and analytics/stats like music production, animation, and game development.

These solutions will be scalable to meet the growing needs of their fans, while ushering in a new era of esports content production. Built on strategically placed RBCs around the world, Riot Games will use a 50,000 sq. ft. facility in Dublin and a second facility in the greater Seattle area that will come online later this year, to produce and support live content anywhere in the world at any time of day—regardless of where the event is taking place. As part of this collaboration, AWS will have the exclusive naming rights of each remote broadcast center.

Riot Games and Amazon have worked together on esports broadcasts on Twitch, as well as Prime Gaming content drops for Riot titles. AWS is now a sponsor for Riot Games’ global esports events across LoL Esports and the VALORANT Champions Tour, as well as a founding sponsor of Wild Rift Esports. Additionally, Riot and AWS will also collaborate on developing new social impact programs with the goal of increasing inclusivity and access to the competitive esports environment.

“Our collaboration with Riot Games elevates the entire esports landscape,” concluded Matt Garman, SVP of sales, marketing, and global services at AWS. “This is a win, win, win for Riot, AWS, and most importantly fans. Tournament viewers and teams can now see in real time how different lanes, weapons, and abilities could determine who will become champions, similar to the stats used in other sports broadcasts. We look forward to working with Riot to create more immersive entertainment experiences and bring engaging esports content to billions of fans worldwide.” 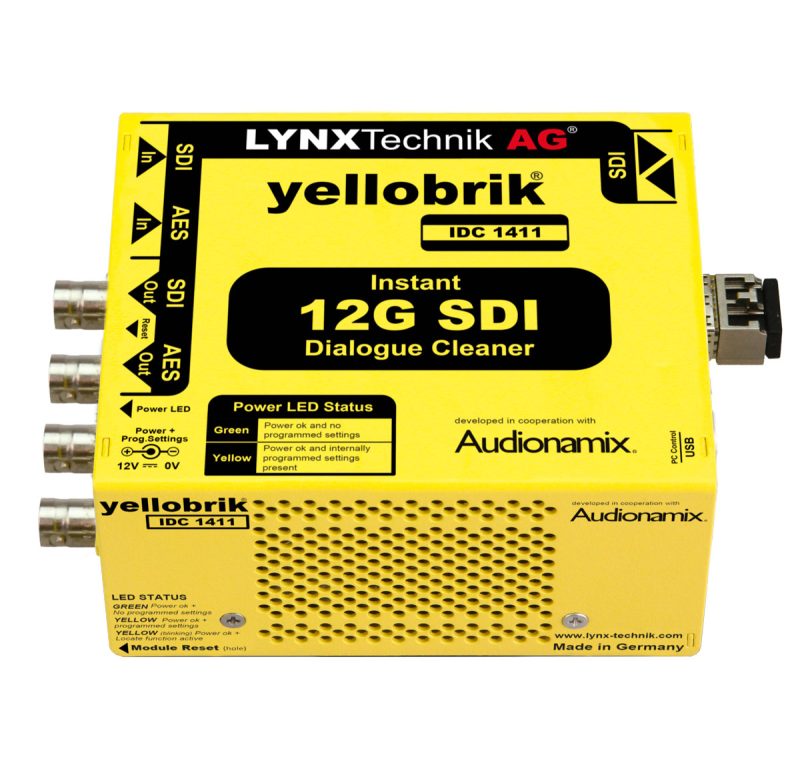 LYNX Technik will showcase its new Instant Dialog Cleaner yellobrik module at IBC2022 on Stand 10.A10 in Amsterdam. 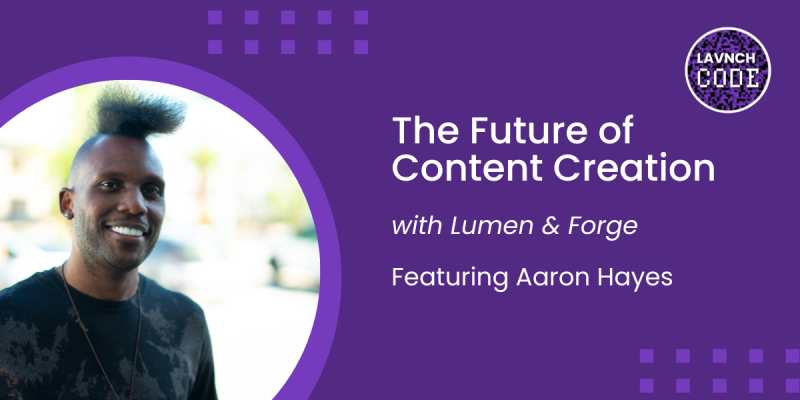 Aaron Hayes of Lumen & Forge shares his thoughts on the future of content creation, including the latest updates from his agency.