Khareef—meaning autumn in Arabic—marks the beginning of the monsoon season in the Salalah region of Oman. While the rest of the region is typically dealing with hot weather, Salalah receives cooling rainfall and a thick layer of mist that forms many picturesque waterfalls and springs within the mountains.

In celebration of this idyllic and most prominent season of the year, Salalah’s Ministry of Tourism runs the annual Khareef Festival between July and August, which features traditional performances alongside stalls selling Omani handicrafts and traditional food. Although the traditional event could not run in its full capacity due to COVID-19 restrictions, a number of smaller recreational activities and events were held at tourist sites to mark the occasion.

The Ministry of Tourism enlisted the help of local event and production specialist, GT Stagetech, to create a multimedia spectacle that would form a key attraction for the event. Of several designs submitted to the client, they chose GT Stagetech’s giant monolith structure for the display.

The 360-degree multimedia experience was designed to look like a diamond-shaped monolith, with all angled sides receiving mapped content of colorful patterns and tessellating shapes.

The 16-minute show had pre-programmed lighting, lasers and special effects, all synchronized with a SMTPE timecode signal.

With both media server systems able to drive uncompressed 4K, 60fps content playback, PIXERA one was used as the director/master server and a PIXERA two OCTO—with two, four, or eight outputs available—was chosen for the display.

Show director, Lalindra Amarasekara, led the team that designed and created the content specifically for show that ran three times daily, for a month in total. “We didn’t have to switch to the backup once—it’s a system that we know we can deploy with great confidence,” explained Amarasekara. “The 3D environment and visualization inside the PIXERA suite is extremely powerful, giving the programmer the feeling of working in a physical environment. This helps the tech teams to pre-plan and accurately set up projectors or scenic elements.”

Reed describes the overall user experience of the server as being second to none, praising PIXERA for its ability to accurately render content inside the visualizer outputs with “perfect frame synchronization”.

“The servers can handle it well when working with large canvases and content; we can deploy these systems with great confidence,” concluded Reed. “We are thrilled with the outcome of this install and the Salalah Municipality said the show has been well received by the audiences and far exceeded expectations.” 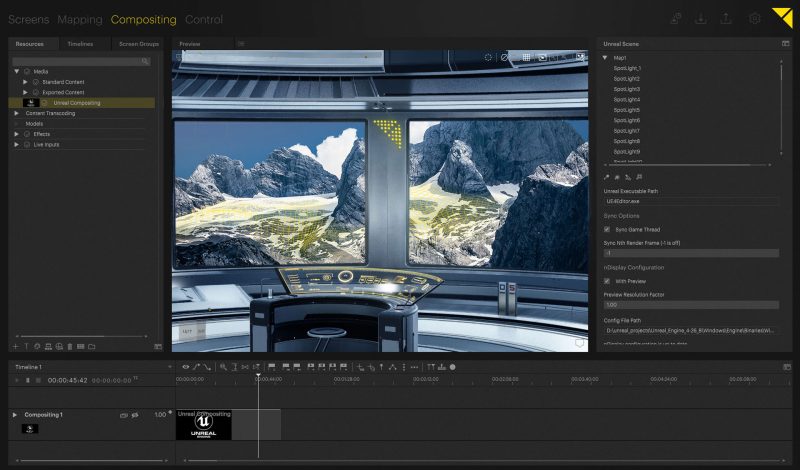