A mastering engineer who has worked on Grammy-nominated projects, Mike Monseur and mix engineer Webster Tileston have become more familiar with the immersive audio format over the course of the last year, the pair has come to appreciate its potential and have subsequently launched their own music mixing and mastering facility, Axis Audio. The new world-class mixing and mastering facility is outfitted with no less than 14 Neumann KH Series speakers in an immersive 7.1.4 monitor layout. 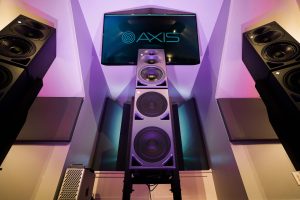 The spacious Axis Audio mixing and mastering room features three Neumann KH 420 three-way powered monitors, each atop a KH 870 subwoofer, that handle the LCR and LFE channels. Four KH 310 three-way powered speakers on stands provide the surround information while four KH 120 bi-amped monitors on Neumann mounting hardware deliver the overhead zones. All the KH series speakers are located in an eight-foot radius from the listening position except the overheads, which are slightly delayed.

An Avid Pro Tools Ultimate system running on a Mac Pro 3.2GHz 16-core machine drives the system into a multi-channel interface that also provides monitor management and switching between speaker configurations. A variety of outboard processing is housed in a pair of outboard racks, one to either side of the standing desk. JB Wood Design of Nashville custom made the desk and racks to Monseur and Tileston’s specifications.

Diving into Immersive Audio with Neumann

Reflecting on a lackluster immersive presentation at a trade show in late 2019, Tileston said, “Mike and I walked out and said, ‘This is pointless; no one’s going to listen to this. No one is going to have the budget for this type of setup. And even if they do, they’re going to set it up wrong.’” But after watching a video from the 2020 NAMM Show on rendering mixes in binaural, Tileston began to see the immersive format’s potential. “If there’s a way that this can transfer to headphones, that means it has some more value for consumers,” he said.

At the time, Tileston had a pair of KH 120s at his studio and he acquired a second pair to create a surround system with his existing stereo setup. He subsequently added bookshelf speakers as overheads as he took a deeper dive into the possibilities of Dolby Atmos mixing during the months that followed. But it wasn’t until Monseur brought over his personal pair of KH 420s to create an all-Neumann KH series setup at Tileston’s studio that everything started to fall into place. 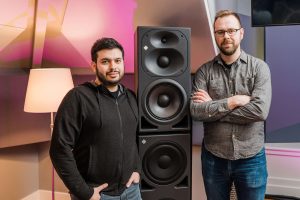 After Tileston and Monseur found their new studio location in early 2020, they set up a 5.1 system before moving in any equipment or acoustically treating the space. “We had added some KH 310s at that point, so we had 420s, 310s and 120s,” Monseur recalled. “It really felt right, so I said, ‘Okay, I’m on board; this is going to work.’”

Monseur has been using KH 420s since 2015. “I was looking for new mastering monitors and got to demo the 420s,” he said, “and I didn’t send them back.” The dome midrange was probably the biggest factor in wanting to own a pair of Neumann speakers, he added. “They have punch and a great transient response, but they’re still engaging and warm. They have a distinct voice that’s pleasant to listen to. And those 420s have been on every single day since 2015 without a problem.”

Then there is the KH 420’s full-range bass response, Monseur described: “The 420 by itself goes down to 26 Hz. Adding the 870, it goes down to 18 Hz. With the 870s, any infrasonic information, like mic stand hits that you wouldn’t pick up normally, mud or DC offset, is all pretty clear.”

In Axis Audio’s new room, Monseur added, “The 870s are running full range with the 420s, effectively turning them into four-way boxes. The 870s also handle the LFE; they have multiple inputs that allow you to do that.”

Monseur and Tileston have built out their facility on the high-ceilinged upper floor of a house, an expansive space with sloping walls set at a variety of angles. “Before we had anything in there, looking at the shape and the angles, we thought it could either be really problematic or really great,” Tileston said. “But when we walked in, we noticed that it did sound pretty natural for what it was, and that carried through after we put up all of the treatment.”

Since both of them had their own businesses to continue running while building out their new facility, Tileston, who is also a live production systems tech for country music star Thomas Rhett and a touring front-of-house mixer, precisely measured and mapped the room. “I had a 3D model of everything within an inch or so,” he said. “That allowed us to pre-visualize where we were going to put the racks, the desk, and the speakers, and figure out how to do the paneling and what we needed to prep and get ready to do.”

Tileston reported that they were able to reuse much of the equipment and acoustic treatment from their respective former studios to outfit the new space. To deliver the project within their budget, the pair also sold off various items of gear to purchase the additional Neumann speakers and mounting hardware, computer, interface, desk, racks, and additional acoustic treatment.

Tileston’s system tech skills delivered additional cost savings, enabling him to time and tune the monitor setup himself to Dolby’s specifications without calling in a specialist. “It just wasn’t in the budget for this room,” Monseur stated. “In the past I’ve worked with some great acousticians to tune my rooms, so we knew how to approach it.”

“We’ve both always prided ourselves, and have made one of our top priorities, the monitoring and the space before the gear,” Tileston added. “As long as we have a good converter with a good set of monitors, good treatment and room correction if we need it, those are the things that matter most for us. You can have as much outboard gear as you want, but if you don’t know what you’re hearing it’s not going to go very far. That’s one of the reasons we chose Neumann monitors; they’re really flexible and we knew they sounded great.”

The Pinnacle of Immersive Audio in Nashville

Axis Audio has already created Dolby Atmos Music mixes for a couple of the major record labels since opening. But while it is one of only a handful of rooms in Nashville capable of mixing and mastering in the immersive format, the services that Monseur and Tileston offer are extensive and also include stereo mixing and mastering, mastering for vinyl, tape transfers, and audio editing and restoration.

“Tons of people in our industry have never heard a Dolby Atmos Music mix; they have no idea how it sounds,” Monseur concluded. “I see Dolby Atmos as an additional format, not a format to replace anything. Stereo is not going anywhere; Dolby Atmos is not going to put you out of business or change the way you’re making music. But once you hear it, especially on speakers in a room, you get it.” 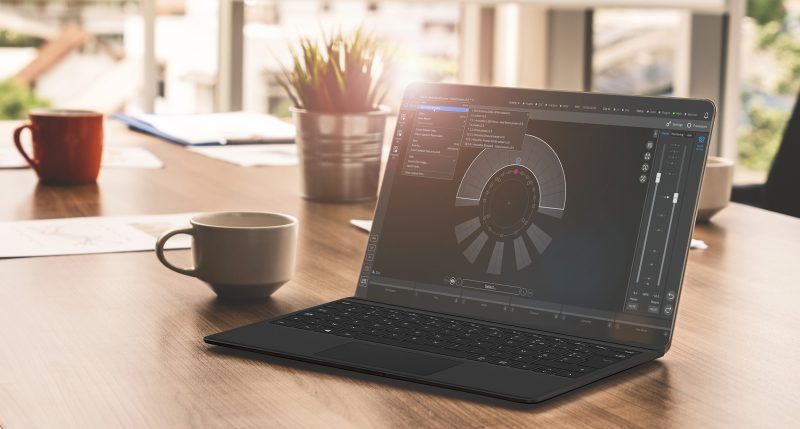 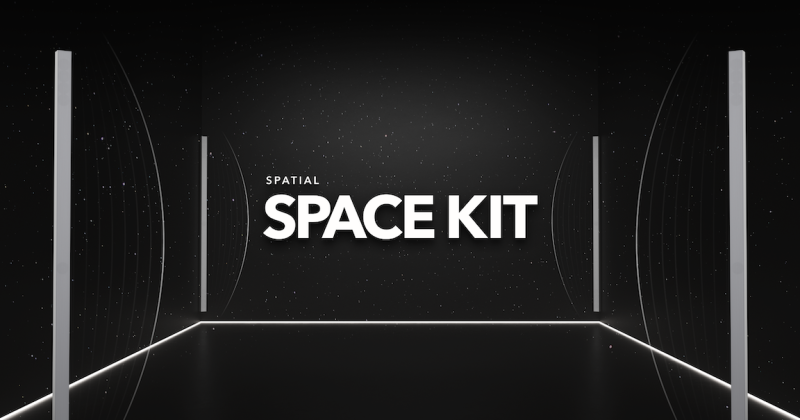 Spatial Space Kit is a turnkey solution that includes pre-configured hardware with Spatial’s software to make it easy to use immersive audio. 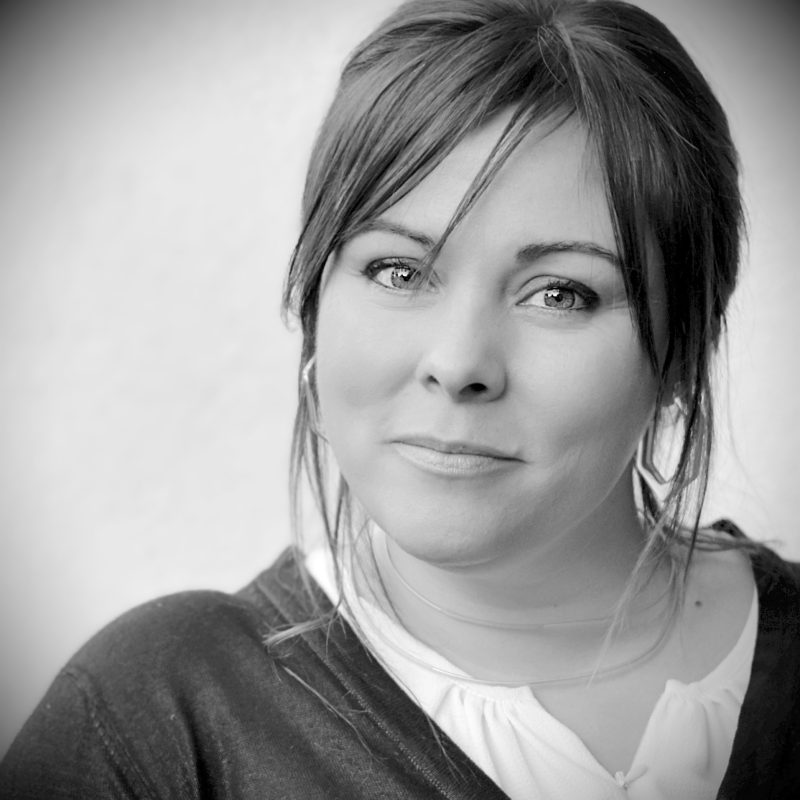 Ana Herruzo will deliver the keynote at the 2022 SMPTE Media Technology Summit; the event will be held Oct. 24-27, in Hollywood, CA.