When the National Association of Broadcasters (NAB) decided to build its new headquarters on a high-traffic corner on Washington D.C.’s South Capitol Street, the association seized upon the opportunity to make a strong statement about the key role of television, radio, and new media in 21st Century America. 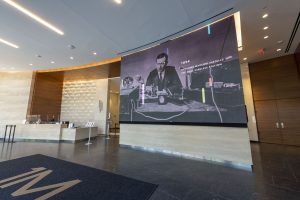 Supporting its mission of advocacy, education, and innovation, NAB integrated more than 200 cutting-edge displays from LG Business Solutions in nearly every space, including a 22-foot-wide by 20-foot-tall 2mm pixel pitch LG LED Signage curved video wall in the first floor lobby that’s visible from the street.

According to NAB vice president Michael Tow, the new headquarters location—closer to Capitol Hill and in the heart of the hot new business and entertainment area anchored by Nationals Park—was chosen to “plant the flag” for heightened visibility of the broadcast industry among policymakers, members, and other stakeholders. LG Business Solutions, together with technology solutions provider Diversified and audiovisual consultant Miller, Beam, and Paganelli, helped NAB to create a headquarters that Tow said truly “wows.”

“We want to send a message that we represent an industry that is on the cutting edge across the board, from public policy to programming to technology,” Tow said. “As a facility promoting the broadcast industry to policymakers and the public, we saw a need to have a large format display in the main lobby acting as a landmark for the community that says ‘those are the broadcasters.’ With so much car and foot traffic passing by the building’s lobby windows on a daily basis, we recognized that a large curved LED signage wall makes a powerful statement that NAB and the broadcast industry are focused on the future and utilizing the most innovative technologies available.”

As the voice for the nation’s radio and television broadcasters, NAB advances the interests of its members in federal government, industry and public affairs; improves the quality and profitability of broadcasting; encourages content and technology innovation; and spotlights the important and unique ways stations serve their communities. While all of this and more are highlighted in the first-floor lobby’s video wall, even more specialized displays adorning NAB’s corporate lobby upstairs deliver content in unique and compelling ways. 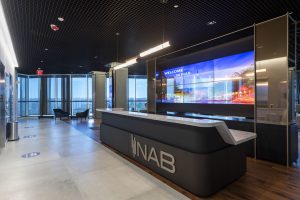 After stepping out of the elevator into the 10th floor lobby, guests and colleagues are greeted by technology they likely have never seen before: a transparent LG OLED video wall that allows viewers to literally see through video messaging and TV content to the extraordinary view of the nation’s capital. The 2×3 panel video wall, which comprises six 55-inch transparent OLED panels for a total screen size of 144 inches measured diagonally, has the capability to display live TV programming and NAB messaging as one large image or as six separate screens running different content simultaneously. The video wall is flanked by vertically mounted, 86-inch LG Ultra-Stretch displays that make an excellent canvas for meeting information, company updates and other internal communications. To hear the project’s technology integrators tell it, this is truly a showpiece technology solution.

“The transparent LG OLED video wall is the kind of technology the phrase ‘show-stopper’ is meant for,” said Michael Burnstein, vice president, Diversified. “NAB and Diversified have long-running relationships with each other, as well as with LG, and after sampling the company’s latest releases and learning about specifics like pixel density and pixel pitch at InfoComm, we knew it could provide the types of eye-catching digital experiences we envisioned to highlight the headquarters while remaining cognizant of our budget and needs.”

Watch the video below to learn more about LG’s technology at the new NAB headquarters.

Yet another video wall is located in the fifth-floor Technology Showcase, using four 55-inch 0.44mm bezel monitors to create a 2×2 video wall. While all of these displays are great for messaging, meetings, and collaboration, most workers still spend the majority of their time at desks, of which there are now 150 outfitted with 34-inch curved ultra-wide LG monitors that eliminate the need for dual displays and simplify installation and wiring. With all the cutting-edge displays found at the new headquarters, NAB and LG are also planning to use the space as a showcase for businesses in the Washington metro area looking for new technologies.

“From an architectural standpoint, we wanted to merge the interior technology with the building’s excellent views of the Capitol, as well as create public visibility from outside the building,” said John Paganelli, principal at Miller, Beam, and Paganelli. “Once we saw and experienced LG’s transparent OLED technology, we knew it would make an excellent showcase piece and help achieve the futuristic digital aesthetic NAB strived for. From there, we recognized the impact a large lobby display could have in such a high-traffic area and determined that LG’s curved LED signage technology was the most impressive way to attract the public’s eye.”

The technology at NAB’s new headquarters is leaps and bounds beyond what was used for decades at its previous building. Even more importantly, it aids the organization in their mission to connect with district citizenry and meaningfully affect broadcasting legislation for years to come. 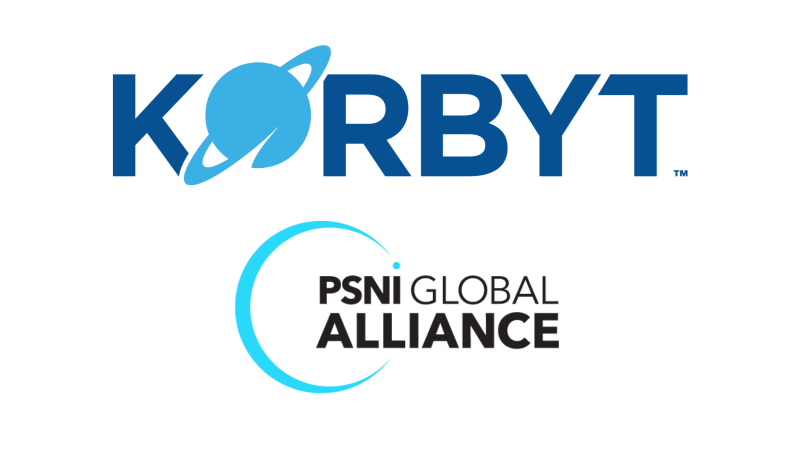 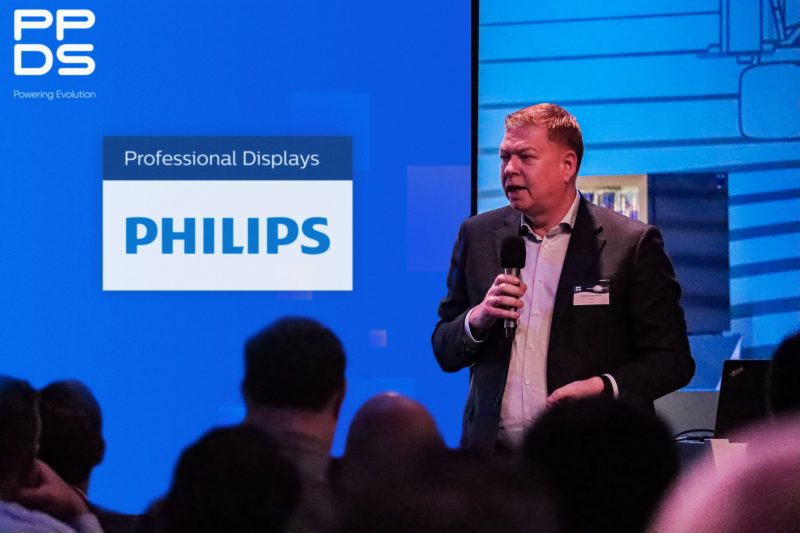 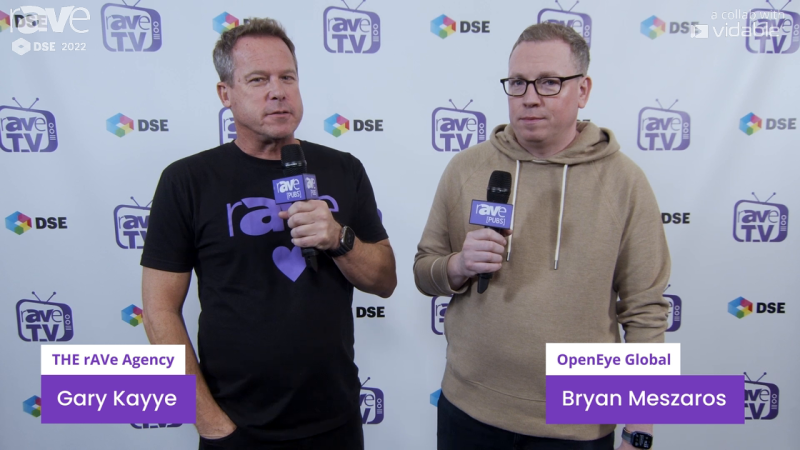