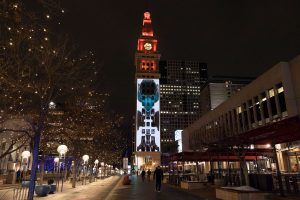 Denver has a rich history of infrastructure and cultural development. What started as a small gold-rush town now boasts the 10th largest downtown area in America, complete with the nation’s biggest city park system, five professional sports stadiums, and the second largest performing arts complex in the country. But even with its status as a major metropolis, the Mile High City has always tried to maintain a healthy balance of population, urban beauty, and ecological impact. So, when the Denver Theatre District created plans to add a world-class projection mapping display on one of its iconic buildings, while at the same time following strict city ordinances, Digital Projection and Display Devices teamed up to deliver a visual experience unlike anything the city had seen before.

In the heart of downtown Denver is a 16-block area known as the Theatre District. This lively, pedestrian-minded locale is a focal point for the city, enlivened through interactive, immersive, and experimental art and events. As a rule, whenever a company seeks to add an advertisement, they must also provide an investment toward improving the visual experience of the district. When Orange Barrel Media started plans to utilize the Daniels and Fisher Tower for one of their projects, they sought out a team to design a solution that would not only be visually stunning, but also non-damaging to the over 100 years old building. After thoughtful research and consideration, Orange Barrel Media selected the large-scale display experts at Digital Projection (DP) and Display Devices (DDI) to tackle the project.

The Daniels and Fisher tower stands 325 feet tall in the center of the Theatre District, in the middle of the 16th Street Mall, just between lower and upper downtown. Complete with a plaza, this foot-traffic heavy location is a prime spot for Denver and the perfect spot for a projection mapping solution. David Schmitt, director of sales and business development at Display Devices describes the project: “Anytime you get to work on an architecturally and historically significant building, it feels amazing and with projection mapping, you’re actually doing a little bit of magic—creating ever-evolving art out of beautiful but static structures. Digital Projection makes some incredible projectors, and Display Devices is great at making permanent display installations; there is a very natural synergy between our two companies. That natural crossover allows for intuitive, high-caliber cooperation which results in showpiece displays like this one.”

A Transformation through Light 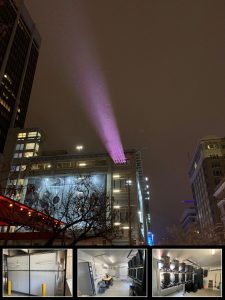 The projector’s light path and equipment used in the installation.

Selecting a parking garage across the plaza for their technical base of operations, the unified team of DDI and DP began designing a one-of-a-kind display solution. The end result was an environmentally controlled walk-in structure housing 10 of DP’s exceptionally bright M-Vision 21000 WU projectors. Engineered to withstand the harshest of Denver weather, the simple but high-tech structure allows the city team to work inside for hands-on adjustments and calibrations, as well as program, schedule, and display content remotely from a home office. The installation itself was impressive, but once the system was turned on, it became something spectacular.

Powered by up to 210,000 lumens of color-rich content, the Daniels and Fisher tower is transformed by light-based art. Now known as Night Lights Denver; the mesmerizing display is an on-going visual experience that showcases innovative works from both local and international artists. This permanent and on-going event features fresh content each month with rotating art collections including professional photography, animation, live action video, and civic messaging.

With nightly shows from Tuesday through Sunday evenings, Night Lights Denver has become one of Denver’s more meaningful attractions. David Moke, director of programming explains, “When we put together a program, our goal is not only to entertain the people of Denver, but also for them to take pride in their city by coming and hanging out downtown. We like to include art that is heavier and cerebral but also balanced with fun and entertainment. This is not a billboard, this is cultural enrichment through art and entertainment. I always say that we’re not public art—we’re art in the public,”.

David Ehrlich, executive director of the Denver Theatre District, echoes this sentiment: “Night Lights Denver has become the perfect way to expand our connection to the art world in Denver on every level. We call it, ‘the people’s projector’ because of the enormous amount of content we share with the entire city through a platform that virtually every kind of artist can use.”

The Most Vibrant Thing in Downtown Denver

The public’s response to the display experience has been nothing short of amazing. “The people are absolutely thrilled and have already adopted it as part of the city. This is the most vibrant thing we have downtown,” said Moke.

“We knew working with the talented team at Display Devices would create something powerful—but we didn’t expect just how impressive it would ultimately be,” added Mike Akridge, vice president of operations at Digital Projection. “During our pre-activation testing, as soon as the first images were projected onto the tower, people immediately started gathering on their own—smiling, laughing, taking selfies and videos, etc. You don’t often get a chance to work on something of this size, at a location this iconic, so we were happy to see that the people were just as excited as we were.”

One of the more impactful moments of this continuous display occurred when the city showcased artwork created by some of its elementary school students. “This really resonated with the city because anyone with kids has their artwork hung up somewhere in their house. It’s a pretty common thing, but when shown on the tower downtown, it created something akin to a shared living room for Denver itself. And that really builds community because it helps people find what they have in common,” explained Ehrlich.

Night Lights Denver can be experienced firsthand every Tuesday through Sunday evening from sunset to midnight from virtually anywhere in the Theatre District. 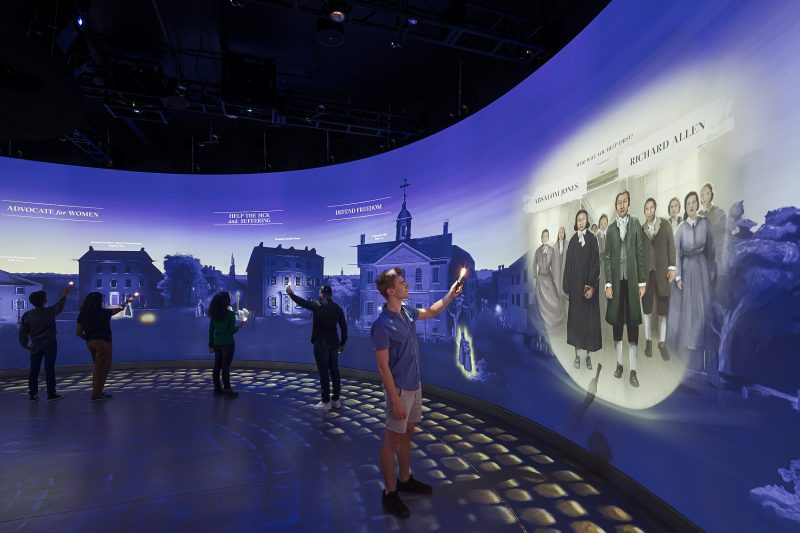 Zenith Systems was selected to engineer and integrate the AV at Faith and Liberty Discovery Center and chose Scalable Display Technologies. 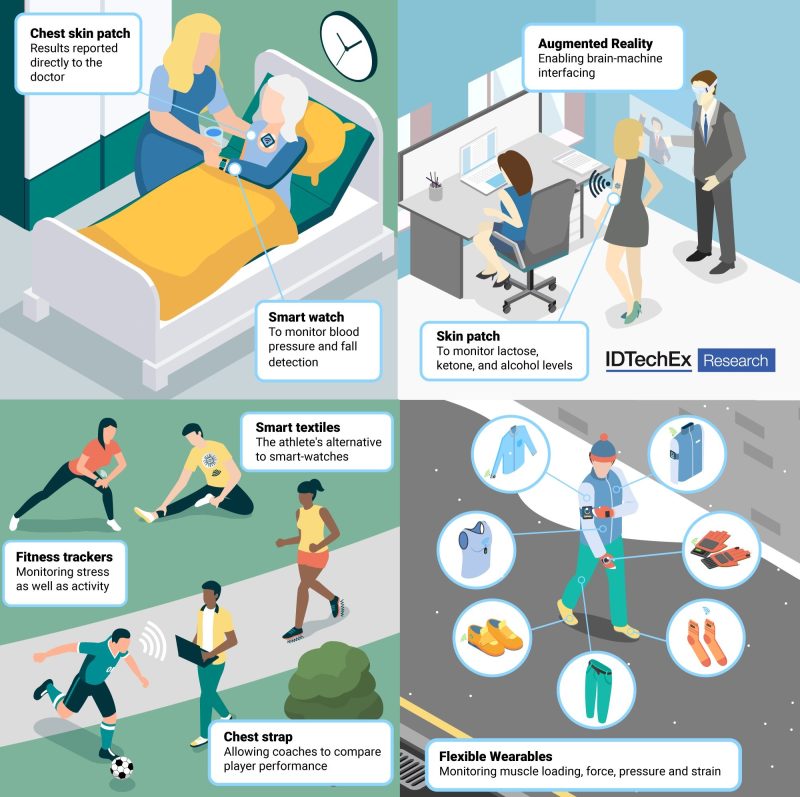 The latest wearable sensors report from IDTechEx breaks down the complex landscape of sensor types, biometrics, and form factors.